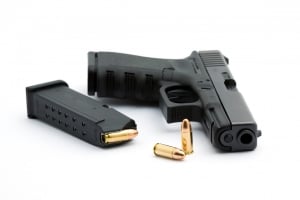 Recently, Donald Q. Cochran, the United States Attorney for the Middle District of Tennessee, announced a new plan with Nashville Mayor David Briley to fight gun crime. The plan or initiative, according to Cochran, “is a proactive, forensics-based, data-driven strategy to reduce violent crime by focusing on the rapid collection, analysis, and investigation of gun-crime evidence such as recovered shell casings and guns.”

These agencies will work together to accurately “identify active trigger pullers, disrupt their criminal activity, and prevent future violence…. They are chasing the guns that the evidence tells [them] are involved in shootings.”

According to Mayor Briley’s office, the initiative will focus on:

The MNDP’s Crime Unit will use the National Integrated Ballistics Information Network (NIBIN) to track shell casings when weapons are used in local crimes. They will then try to connect those weapons to other local crimes with the aim of discovering patterns of criminal activity. “Based on a 2018 study by Rutgers University, when two shooting events are linked by ballistics evidence through NIBIN, 50% of the time a third shooting event will happen within 90 days.”

Mayor Briley hopes the initiative will stop future gun crimes and help in the prosecution of people who uses guns to commit violent crimes – at both the state and federal levels. The initiative will also be funded with a grant from the Department of Justice Safe Neighborhoods.

Not all felonies, however, are considered “dangerous” ones. In Tennessee, the following felonious offenses are designated as “dangerous” within the context of this law:

If you are charged with a felony, you face serious prison time, fines, and loss of freedoms and rights if you are convicted. If, however, you have a firearm or weapon on your person at the time of your arrest, the penalties can be far more severe. In order to reduce the charges against you, or have them dropped completely, your attorney may argue for:

State and federal prosecutors place a high priority on solving crimes that involve the use of a gun. Nashville attorney Perry A. Craft understands how prosecutors may act or demand. To speak with a criminal defense lawyer if you’ve been charged with a gun crime or any crime, call the Law Office of Perry A. Craft, PLLC today at 615-953-3808, or use our contact form to make an appointment.