The Fourth Amendment to the U. S. Constitution protects people from illegal searches and seizures. This Amendment also provides that warrants shall not be issues unless there is probable cause. Probable cause must meet the formalities of being given under oath or affirmed – and must describe the people and places to be searched.

If police search a home, a car, your work, or any place, they need to obtain a warrant to conduct the search unless a valid exception applies. Giving consent is one possible exception. Searches may be permissible if the drugs were in plain sight of the officer. If a police officer makes a lawful arrest, then a search “incident” to that law arrest may be permissible. Other exceptions include exigent circumstances where taking the time to get a warrant may be dangerous. It’s generally easier to justify a warrantless search of a home than a vehicle because there’s a greater expectation of privacy in a home.

Don’t assume the police had the right to conduct a search. Criminal defense lawyers understand the relevant Fourth Amendment court decisions and routinely file motions to suppress narcotics evidence on the basis the search was not authorized. For example, if the police claim the search was incident to a lawful arrest, we may challenge the legal basis for the arrest.

The Fifth Amendment protects defendants from self-incrimination. If the police failed to advise you of your legal rights and you said anything about the drugs that were against your interest, asserting a violation of your Fifth Amendment rights is a permissible defense.

Other legal and factual defenses include:

Which criminal defenses apply depends on the facts of your case. The more the conduct of the police officer or district attorney can be questioned, the better the chances are for a dismissal of the charges, an acquittal, or a plea bargain. To speak with an aggressive Nashville criminal defense lawyer who’s not afraid to challenge the government’s case, please call the Law Office of Perry A. Craft. You can schedule an appointment by calling us at 615.239.1899 or by completing our contact form. 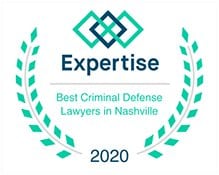