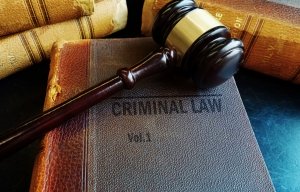 “RICO” is an abbreviation for the Racketeer Influenced and Corrupt Organizations Act. The original purpose of the law, enacted in 1970, was to prosecute the Mafia, a then highly organized Italian-American criminal society. Prosecutors however have broadly used RICO to prosecute organized crime at its roots, with the goal of shutting down entire criminal organizations, as opposed to prosecuting people individually.

RICO authorizes criminal charges if someone has committed:

Convictions can result in 20 years in prison and $25,000 in fines for each count. Anyone convicted of racketeering will forfeit their illegal gains, including business interests. If a person can claim an injury because of RICO violations, he or she may sue the defendant in civil court as well (within the four-year statute of limitations). If the plaintiff wins, he or she could be entitled to treble damages. The U.S. Attorney may also seek a pretrial order to seize the assets. The seizure of assets is often used by the government to force a guilty plea to lesser charges.

In RICO cases, the focus is on the pattern of behavior more than the individual criminal acts. This change in focus may make RICO cases easier to prove. Many states have now enacted state RICO laws to cover criminal activity that isn’t covered by the federal law.

The government must still comply with the requirements of due process. It must comply with the federal Constitutional rights regarding self-incrimination, the government’s authority to conduct searches, the right to a jury trial and other 4th, 5th, and 6th Amendment rights.

Experienced RICO lawyers understand complicated financial transactions. They work to show the transactions were legitimate or to show that the government hasn’t met its burden to show they were illegitimate.

RICO charges and other white-collar crimes can result in substantial prison time and huge financial penalties. Prosecutors aggressively pursue these types of charges. Defendants need the help of experienced criminal defense lawyers who are not afraid to challenge each and every part of the prosecution’s case. Defendants need lawyers who understand how to negotiate with prosecutors and how to argue before a jury.

The Nashville white-collar defense lawyers at the Law Office of Perry A. Craft, PLLC have been fighting for the accused since 1978. For help fighting RICO prosecutions, please call Perry A. Craft at 615-953-3808 or fill out our contact form to schedule an appointment.