The Right of Defendants to Confront Witnesses 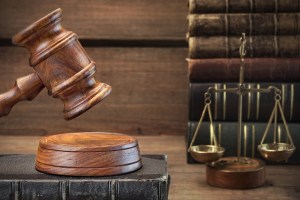 The Sixth Amendment to the U.S. Constitution provides rights for those accused of a crime. These rights include the right of the accused “to be confronted with the witnesses against him…” This part of the Amendment is known at the “confrontation” clause. It generally means that someone accused of a crime can cross-examine any of the witnesses who testify against him/her at trial.

The confrontation clause only applies to criminal cases, not civil cases. There are some exceptions that have been carved out by the U.S. Supreme Court. In some cases, the accused cannot directly see the witness. This exception may be used, for example, when a child accuses a defendant of sexual assault or abuse. The child is normally allowed to be in a separate room. The defendant can watch on a closed circuit, but the child is kept separate for his or her own safety and wellbeing.

In some cases, a witness may be in a different county, state, or country. The inability to travel may also justify a closed-circuit confrontation instead of an actual one. Experienced criminal defense lawyers will usually object that the inability to travel should not be excused, since the prosecution is aware well in advance off the trial date, and that the Sixth Amendment should take priority over inconveniencing someone to travel.

The prosecution will usually be allowed to introduce the following types of testimony:

The ability to confront a witness is often the difference between winning or losing a case. Strong cross-examination can help show that the witness:

Anyone charged with a crime should seek the help of an experienced criminal defense lawyer. While many cases can be won or negotiated based on legal arguments, often the ability to question and confront witnesses helps defendants get justice. At the Law Office of Perry A. Craft, PLLC, we guide defendants through each phase of the criminal process. We’ve been fighting for defendants since 1978. To speak with an experienced Nashville criminal defense lawyer, call us at 615-953-3808 or complete our contact form to schedule an appointment.