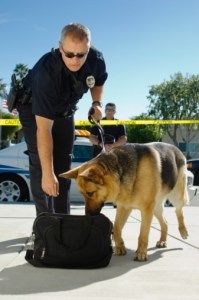 What are considered drug crimes?

In Tennessee, you can be charged with a drug crime even if you are not holding or using any controlled substances at the time you are arrested. The most common drug charges include:

Drug charges are not limited to illegal drugs. Prescription medications are also considered controlled substances, and if you are charged with selling or distributing substances, like OxyContin, you may also face deportation even if you are not convicted. If ICE agents find a small set of scales and small plastic baggies, you might face drug crime charges – even if there are no drugs present.

Protect yourself from removal

If you are charged with a drug crime, remember this:

Sometimes, ICE officials will try to convince an immigrant charged with a drug crime to agree to a lesser charge or a voluntary departure. DO NOT agree to anything without first asking an immigration lawyer.

The Law Office of Perry A. Craft, PLLC fights on behalf of immigrants accused of drugs crimes. If you are facing charges in state court or immigration officials, contact Nashville immigration attorney Perry Craft by calling 615-953-3808 or by filling out our contact form.