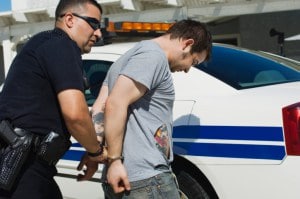 Regardless of whether you plan to attend the Bonnaroo festival or whether you are driving along the Interstate, other highways, and roads for business or pleasure, be aware: Law enforcement can seize your money, vehicles, and property if the officers believe they are associated with illegal drugs or other criminal activity.  That is correct: They can seize your money. If they do, you also may be arrested and charged with crimes, and you will have a separate set of hearings to determine whether you are entitled to get your vehicle or money back.  Drug Task Force (DTF) officers do not hesitate to stop vehicles they deem suspicious or different.  Since it is virtually impossible to obey the thousands of traffic laws on the books, in effect, police have near-unlimited power to stop almost any vehicle for minor traffic violations.  They use that authority to seize cars and money.

DTF officers, state troopers, county deputies, municipal police officers, and other law enforcement agents often stop a vehicle for minor traffic violations.  While they may or may not write a ticket or citation and you give them your license, registration, and insurance card, they will ask questions and look inside the vehicle.  That glance alone may justify a later search of the vehicle.  During the time they are determining whether you have outstanding warrants or other related issues, they may call in a drug-sniffing dog and continue to ask if you have weapons, drugs, or money or if you object to them searching your vehicle.  Many people answer truthfully and consent, or agree, to the search.  Often, law enforcement agents are relatively unconcerned about the traffic violation leading to the stop and are looking for drugs, contraband, and money.  Many, not all, observers contend that law enforcement officers’ main goal when stopping a vehicle is to seize funds, not issue traffic tickets.  Federal and Tennessee state courts, however, have upheld this practice.  Thus, drug police can stop a vehicle for a traffic violation if they have probable cause to believe the driver violated a minor traffic law, even if their real purpose is radically different.

If law enforcement finds or learns that you have money, drugs, firearms, or other contraband on your person or in your vehicle, they will not hesitate to issue a citation or arrest you and charge you with a crime or a minor driving offense.  Here is the kicker: If you have large sums of money, they likely will seize your money as well as your vehicle.  At that point, if arrested, you will have to secure a bond, hire a lawyer, defend against the charges in court, and deal with multiple hearings in a distant courthouse. In addition to the criminal charges (or traffic charges), the State will initiate forfeiture proceedings against you, which may be handled through the criminal justice system and through state administrative proceedings.

This attorney handled a case where DTF officers stopped a vehicle driven by a Latina female, accompanied by her ten-year old son, on the Interstate in late July of 2015, not too long ago.  The purported reason: According to the DTF officers, she was driving too close to a semi-trailer.  She told the DTF officers that she had about $15,000 in cash she was taking to aging parents who needed surgery and other financial assistance.  They took the cash and instructed the female to get out of her car, wait in the hot, broiling sun, and stand on the shoulder of the Interstate, and they placed the ten-year old in the back of a DTF vehicle, separating him from his mother who was having her period.  The DTF officers searched the car, called in a drug-sniffing dog, and tore her vehicle apart searching for drugs or contraband.  They found nothing.  Still, they made her wait for three hours as she stood in the hot sun and watched trucks and cars speed past her. The officers seized her money and started forfeiture proceedings.

We then challenged the forfeiture in state administrative proceedings and filed a federal court lawsuit.  We won in both places.  The jury returned a verdict against the DTF officers.  So, much later, she got justice.

But happy and just endings do not always occur.  Recently, a Hispanic man received a telephone call from a “coyote” (a human smuggler) who was holding his sister in Mexico.  The coyote demanded $15,000 to release her to the man in this country.  The man feared that if he did not pay the $15,000, his sister would be trafficked as a sex slave, abused, and/or beaten.  The only information he had was the coyote’s telephone number.  He was told to call the coyote when he arrived in Texas.  With his family, he raised the money and left to travel to Texas to secure her freedom.  He traveled along Interstate I-40 and was stopped for a minor traffic violation.  A DTF officer stopped him and found the $15,000.  He told the officer the truth: The $15,000 was to secure his sister’s freedom.  The DTF contacted Immigration and Customs Enforcement (ICE), hoping to locate the coyote and free the man’s sister.  ICE did nothing, nothing at all.  The DTF then seized the $15,000 and his car, and he was charged with a crime.

The Hispanic male was charged with money laundering – using legitimate funds for an illegal purpose; though in this case, he was trying to save his sister and pay a coyote to get her across the border, which federal law classifies as illegal.  Regardless of his purpose and his good intentions, the Hispanic male was in the United States legally and had a work permit; however, the State had evidence to convict him of a crime – money laundering – and if convicted or he pled guilty, he likely would face immigration consequences: deportation, not be allowed to become a citizen, and not be allowed to work or stay in the United States.  If convicted of a felony, he would face jail time in state jails and deal with complicated immigration issues.

Under the circumstances, the State agreed to dismiss the criminal money laundering charges and returned his vehicle, but the State kept the $15,000.  If the Hispanic male had decided to fight the charges, he would have to make a bond, face two proceedings (criminal and administrative), and stand before a jury in a small rural county with few Hispanics who would decide guilt or innocence.  Since he gave the DTF officers a confession, the State had evidence to convict him, and if so, he faced serious immigration consequences.

Know this: The State often seizes a driver’s vehicle, cash, and other property and initiates proceedings for asset forfeiture and charges the individual with crimes.  This type of asset forfeiture is permitted by law when law enforcement seizes assets believed to be associated with a crime or crimes. Here is the bottom line: Even if law enforcement agents find no drugs, weapons, or contraband, they still may seize the money and start forfeiture proceedings.

The authorities seize money and vehicles from both citizens and immigrants alike.  If you are in trouble in the law and/or the State has seized your assets and is trying to forfeit them, you have rights and legal remedies. Fight back.  Talk to a lawyer. For help and more information, contact Nashville Attorney Perry A. Craft.