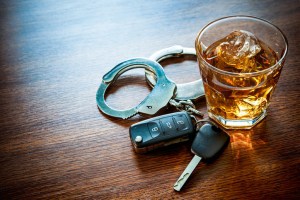 DUI statistics are always grim. 2017 was no different.

According to a Tennessee Highway Patrol announcement, the THP put extra time, officers and money into ensuring that this holiday travel is safe.

One of the goals for the year was to cut down on drunk driving. Between January 1 and December 24, 2017, THP officials arrested 7,323 people for driving under the influence, which was 476 fewer arrests than in 2016.

The “Sober Up TN” program

In 2018, the THP has initiated  the “Sober Up TN” program into effect. The state was awarded $600,000 in grant money to implement the program, which has four key goals:

Because of these measures, anyone charged with drunk or drugged driving will face more challenges when it comes to fighting the charges. Hiring a skilled DUI defense lawyer will be necessary to keep your license and your clean driving record intact.

How can a lawyer help you fight charges of DUI?

If you are facing DUI charges, you need an attorney to help you. The laws have changed in Tennessee quite a bit over the last couple of years, and having a professional who is familiar with those changes can mean the difference between winning and losing your case.

One important change is with blood tests for alcohol or drugs conducted by the TBI.  A Tennessee appellate court determined that they were unconstitutional.  The Tennessee Supreme Court will now decide that issue.

If charged with a DUI, your attorney will examine the police report, any video evidence available (such as from dash cams, speed cameras or videos, if available), and determine if your stop was legal, and if the tests were administered correctly and with functioning equipment. We may be able to have some of the “evidence” against you thrown out entirely, which will impact the case against you.

At the Law Office of Perry A. Craft, PLLC, we fight for justice for our clients. If you’ve been charged with a DUI in or around Nashville, you want a lawyer who can fight on your behalf. To schedule a consultation with attorney Perry A. Craft, please call 615-953-3808 or fill out our contact form.