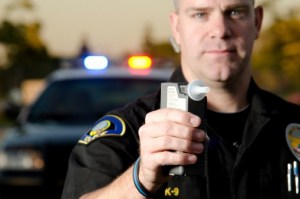 In Tennessee and all other U.S. jurisdictions, it is illegal to drive while under the influence of drugs or alcohol.  The penalty for Driving Under the Influence (DUI) includes having your driver’s license suspended or revoked. To show that you were under the influence of drugs or alcohol, authorities usually try to measure your blood alcohol content (BAC).  To determine your BAC, they may administer a blood alcohol, breath, or urine test.

In order to administer a blood alcohol test, authorities have to take a sample of your blood via syringe or some other method.  Similarly, in order to administer a breath test to determine your BAC, authorities use a Breathalyzer device. A Breathalyzer consists of a mouthpiece, a mechanism to take breath samples, a pair of vials with the chemicals necessary to analyze breath, and a mechanism to monitor and measure the change in color typical of breath analysis. Thus, after you breathe into the mouthpiece, your breath sample fizzes into one vial, and your alcohol level is measured by the color change.

Some people may say that a blood alcohol test is not invasive and is an acceptable method to determine one’s BAC. Some states like Tennessee have “implied-consent” statutes. Implied-content statutes state that if a law enforcement agent stops and arrests a driver and has probable cause that said driver was driving while under the influence, then that driver legally has agreed to submit to a chemical test or tests to determine said driver’s BAC. However, a recent U.S. Supreme Court case, Birchfield v. North Dakota, ruled that blood alcohol tests are indeed invasive.

If you were stopped by police and charged with DUI, know this: You have rights and legal remedies. If you have questions about state and federal DUI laws and related statutes, talk to a lawyer. For more information and to have your questions answered, contact Nashville Criminal Defense Attorney Perry A. Craft.