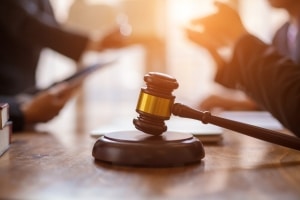 The Tennessee Supreme Court ruled that the trial court judge can exercise an initial “gatekeeping function” – i.e., the judge can decide if a minimum standard of proof was met.

The defense argued that the trial judge should instruct the jury to consider whether the defendant acted in self-defense. The trial court judge found that no evidence was presented at trial to justify the use of deadly force in response to a bloody nose caused by the victim. The jury found the defendant guilty of first-degree murder and sentenced him to life in prison.

The Tennessee Supreme Court held that the trial court was correct to make a threshold determination about whether the defense properly raised the issue of self-defense. The Supreme Court validated the trial court’s gatekeeping function, and the Defendant’s conviction for first-degree, premeditated murder was upheld.

Nashville criminal defense attorney Perry A. Craft has been fighting for people in need for more than 40 years. For help with any criminal charge, call the Law Office of Perry A. Craft PLLC at 615-953-3808 or fill out our contact form to make an appointment.