Perry A. Craft Settles Two Lawsuits against Colleges on Behalf of His Clients 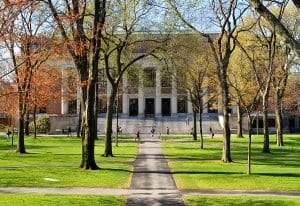 In the previous weeks, Perry A. Craft settled two lawsuits against institutions of higher learning. The suits asserted that the colleges had discriminated against students, questioned the process for dismissals, or raised issues with the honor code processor.

In a separate matter, at a yet different college, students were accused of violating the honor code. The honor code hearing was set quickly after the charges were filed against the students. The faculty member who reported the honor code violations spent considerable time preparing and writing a lengthy, detailed report slamming the students, essentially claiming that the serious Honor Code violations were done intentionally. The faculty member who wrote the report went further, and specifically recommended that the College dismiss the students.

With less than a one-day notice, at night and after the close of regular business hours, Mr. Craft met with the students and their parents for several hours, helped them gather evidence and proof to defend themselves, prepared them for the torrent of questions that would likely be asked at the hearings, developed arguments and defenses, and helped them get ready for the hearings. Fortunately for the students, they were not dismissed. They received a far lesser sanction. Without the aid of counsel, the outcome would have been far different.

If you have been accused of violating an honor code, or have been the victim of discrimination at your college, university, or school, please contact the Law Office of Perry A. Craft, PLLC, in Nashville. You can also call 615 239 1899 to reserve a consultation time.