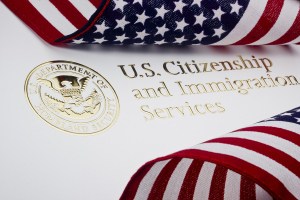 According to the American Immigration Council, non-citizens who are either discovered by, or appear before, a U.S. official “at a port of entry or near the border can be deported quickly in an ‘expedited removal’ process.” The United States is required to comply with domestic and international laws which gives asylum seekers the right to assert that they have a credible or reasonable fear of losing their life or liberty if they are sent back to their home country.

This process is available for:

These individuals are then given a credible fear screening interview. The interview is conducted by an asylum officer.

A credible fear means that the individual can prove he/she has a “significant possibility” of establishing eligibility for asylum or other protection under the United Nations Convention Against Torture.

If the person can show credible fear, then the individual is sent to an immigration court where he/she can then use the defensive asylum application process (one of two standard asylum procedures). If a valid credible fear can’t be shown, then the individual will be ordered deported – though they do have the right to first appeal the denial to a “truncated review process before an immigration judge.”

According to the American Immigration Council, more than 60,000 people were found by the US CIS (Citizenship and Immigration Services) to have a credible fear, in 2017.

This standard is used for people who re-enter the country unlawfully after being deported at a prior time. It’s also used for noncitizens who have criminal convictions. These individuals can request asylum through a reinstatement of removal process.

The American Immigration Council reported that slightly more than 3,000 applicants, in 2017, were found to have a reasonable fear.

The immigration laws are very complex. There are different types of hearings. Each hearing type requires different elements of proof. It’s essential to hire an experienced Nashville immigration lawyer like Perry A. Craft to represent your rights. The difference between competent legal counsel and ineffective or no counsel can mean the difference between being deported immediately and being allowed to stay in the United States. For immediate help, contact Law Office of Perry A. Craft. We fight immigration deportation requests. For help now, please call us at 615-953-3808 or fill out our contact form.