“Unconstitutionally Vague” – What the Supreme Court Decision about Deportation Means 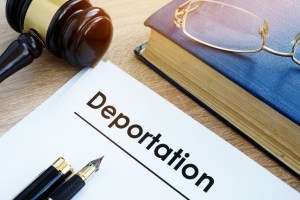 Recently, the Supreme Court of the United States ruled that the mandatory deportation of immigrants who commit certain “crimes of violence” was unconstitutionally vague, and therefore that provision of the law was invalid. The Court’s 5-4 decision on Sessions v. Dimaya will almost certainly affect how deportation proceedings move forward in certain cases.

At least part of the reason why the provision was struck has to do with the way lower courts apply the laws. From The New York Times:

“Does a car burglary qualify as a violent felony?” [Justice Kagan] asked. “Some courts say yes, another says no. What of statutory rape? Once again, the circuits part ways. How about evading arrest? The decisions point in different directions. Residential trespass? The same is true.”

The lower courts’ decisions are based on the laws of their states. What could be a violent crime in one jurisdiction may not be labeled as such in another. While federal laws dictate what constitutes a federal crime in the U.S. Code, state courts have a lot of leeway in how they rule based on what the state laws say.

Furthermore, there is precedent for this ruling of unconstitutional vagueness. In 2015, the Supreme Court issued a ruling in Johnson v. United States. This case was about the gun ownership rights of people convicted of felonies. In the opinion written by the late Justice Scalia, it states that a violent felony is defined as “any felony that ‘involves conduct that presents a serious potential risk of physical injury to another,’” the same definition used in Sessions v. Dimaya. Justice Scalia’s opinion stated:

The Fifth Amendment provides that ‘[n]o person shall… be deprived of life, liberty, or property, without due process of law.’ Our cases establish that the Government violates this guarantee by taking away someone’s life, liberty, or property under a criminal law so vague that it fails to give ordinary people fair notice of the conduct it punishes, or so standardless that it invites arbitrary enforcement.

In 1992, a 13-year-old Philippines native named James Garcia Dimaya was admitted to the U.S. as a lawful permanent resident. He pleaded no contest to residential burglary charges in 2007 and 2009. The Obama administration started removal proceedings in 2010, and an immigration judge agreed. As CNN explains, “The court held that the convictions qualified for an ‘aggravated felony’ under the Immigration and Nationality Act, which authorizes removal of non-citizens who have been convicted of some violent crimes and defines aggravated felony to include ‘crimes of violence.’”

Mr. Dimaya’s lawyers claimed that their client had not received fair notice that his crimes could lead to deportation, and that the law was unconstitutionally vague per the Johnson decision of 2015. The Ninth Circuit Court sided with Mr. Dimaya. Mr. Sessions appealed that decision, which is how it ended up in front of the Supreme Court.

Yes, you can still be removed for violent crimes

While Mr. Dimaya is safe from deportation, not all immigrants accused and/or convicted of violent crimes will be. And immigrants who are here unlawfully will not be protected under the ruling, either. (Mr. Dimaya is a lawful permanent resident, remember.) If you are accused or charged with murder, rape, or drug trafficking, for example, you are very likely to be removed from the country.

This is why, if you are facing criminal charges of any kind, you should seek the counsel of an experienced immigration lawyer right away. Nashville attorney Perry A. Craft has the experience, skills and resources to help you if you are facing removal proceedings. To learn more about the firm’s services, or to schedule a consultation with a Nashville immigration lawyer, please contact the Law Office of Perry A. Craft, PLLC, through this form, or by calling 615-953-3808.