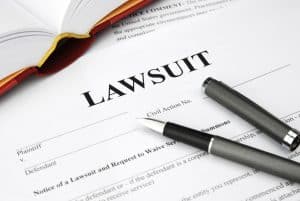 If someone has named you in a lawsuit, you may have some questions about how the process works. Today, we want to explain that process so you will know what to expect.

Before we begin, let us look at a few legal terms you will need to know.

A plaintiff files a civil lawsuit, usually seeking money or, sometimes, an order forcing you to perform or not perform an act. To start a civil lawsuit, the plaintiff must file a document, which in more formal courts – circuit court, chancery court, or federal district court – is usually called a complaint or petition. In general sessions courts (aka, “small claims courts”) in Tennessee, it is usually called a civil warrant.

How do you know if you’re being sued in Tennessee?

After a plaintiff files suit, a deputy or process server will come to the defendant’s home or business and hand the defendant a summons and copy of the lawsuit. This is called service of process. In some courts, for example in federal district court but not in General Sessions Court, the law allows these papers to be mailed.

What happens after you’re served with a lawsuit?

Thereafter, if suit is filed in circuit, chancery or federal court, the defendant may have a set number of days to respond in writing to the lawsuit. If it is filed in General Sessions Court (small claims court), the defendant must appear in court – go to court and perhaps be ready to testify.

If a defendant ignores the lawsuit and does not respond in writing or does not appear in court, the plaintiff can ask for and the court can award a default judgment, which means the defendant loses and must pay the amount of money the plaintiff requested. Thus, when a default judgment is handed down, the defendant loses without mounting any defense, or without explaining his or her side of the facts and what happened, or without offering proof or evidence to reduce the amount of money. Ignoring a lawsuit is not the best course of action to take. Instead, respond to the lawsuit or appear in court.

Where are most lawsuits filed?

Regardless of which court will decide the case, prepare.

Lawsuits are often complicated. If you are being sued, having an experienced attorney on your side can make all the difference. The Law Office of Parry A. Craft, PLLC in Nashville can help. Please call 615-953-3808 or fill out our contact form to get started.