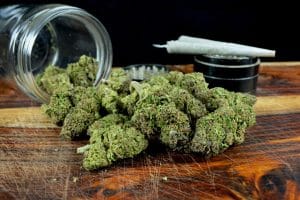 Many states have approved the use of recreational and/or medical marijuana. While there are advocates for approving these marijuana uses in Tennessee, the State currently does not permit anyone to possess, manufacture, distribute, or sell marijuana for any reason.

Cannabidiol, or CBD, is derived from the hemp plant; unlike marijuana, it does not cause a person to get “high.” As such, CBD is largely allowed in all states, but there are regulations for its purchase, sale, and use in Tennessee.

Is marijuana possession illegal in Tennessee?

Possession of marijuana is illegal in Tennessee, but Nashville and Memphis have taken steps not to enforce those laws or not to impose stiff penalties for a violation. In those cities, instead of facing substantial or significant criminal charges for possessing small amounts of marijuana, the prosecutor may drop or retire the charges, give a small fine ($50) and/or community service. In other parts of Tennessee, possession of up to half an ounce of marijuana is a misdemeanor, subject to $250 in fines and/or up to a year in jail for a first offense. Even in Memphis or Nashville, know this: the prosecutor still can seek harsh penalties, particularly if the amount is large or there are other crimes involved

In all of Tennessee, possession of more than half an ounce of marijuana – called possession with intent to distribute – is subject to $2,500 in fines and/or up to a year in jail. Subsequent offenses can be charged as felonies, and are subject to increased fines and jail time.

Sale, cultivation, and trafficking of marijuana

The sale of 1/2 ounce to 10 lbs. of marijuana in Tennessee is a felony that carries a jail sentence of up to 6 years, and a $2,000 to $5,000 fine. The sentences and fines substantially increase for heavier amounts and subsequent offenses.

Cultivating and trafficking in marijuana are also illegal, as is possession of drug paraphernalia. Paraphernalia, according to the US Justice Department, includes “any equipment that is used to produce, conceal, and consume illicit drugs. It includes but is not limited to items such as bongs, roach clips, miniature spoons, and various types of pipes.” Possession of paraphernalia is a Class A misdemeanor. If convicted, you could be sentenced to up to one year in jail and fined up to $2,500 for a first offense. Tenn. Code Ann. §39-17-424 .

Is medical marijuana illegal in Tennessee?

Governor Haslam signed Senate Bill 118 into law, which allows qualifying patients “to use and possess medical cannabis products containing no more than 0.9 percent THC.” It also established a nine-member commission to study State and Federal medical marijuana laws, and asked legislators to create “legislation to establish an effective, patient-focused medical cannabis program in this state upon the rescheduling or descheduling of marijuana from Schedule I of the federal Controlled Substances.”

Finally, the new law expanded the list of conditions which qualify to include:

Is it legal to possess CBD products in Tennessee?

Under federal law, hemp-derived CBD products are legal. In Tennessee, you may possess, buy, and use CBD products containing no more than 0.9% THC. You must be able to show proof of purchase.

There are possible defenses to marijuana and cannabis possession charges in Tennessee. You have the right to assert your US Constitutional rights. An experienced Nashville criminal defense lawyer can file motions to suppress evidence if:

We may argue that you were not in physical possession of the marijuana, or that other legal and factual defenses apply. The government does have the burden of proving your possession of marijuana beyond a reasonable doubt. You do have the right to request a jury trial.

We fight aggressively to suppress the evidence against you. We work to obtain plea bargain agreements to less serious criminal offenses and to lighter sentences. When necessary, we argue your case in court before a jury of your peers. We have helped many criminal defendants successfully defeat the prosecution or negotiate favorable outcomes through pleas.

Note, this article provides only general information, and you should talk to a lawyer about these matters. The law and practices are changing.

If you have been arrested for any marijuana, cannabis, or other drug charge, call The Law Office of Perry A. Craft, PLLC at 615-551-5565 or fill out our contact form to schedule an appointment. We can help you get justice.