Common Issues in Many Criminal Cases 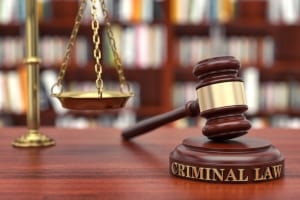 We believe that no innocent person should be convicted or forced to plead to charges when he or she is innocent, or the State or federal government tries to punish a person too harshly.

We believe that too many innocent men and women are jailed and that too often, the punishment does not fit the crime.

We understand that facing criminal charges is frustrating, highly stressful, maddening, and affects the person charged, his or her family and children, his or her employment and every aspect of life and living.

We understand that the police may jump to conclusions without justification and that prosecutors may be tempted to cut corners to gain a conviction.

We know that a criminal record carries long term consequences for any individual and his or her reputation and career.

We approach every criminal case acutely aware of these realities.

Although every criminal case is different, many of the issues in any criminal case are similar. For example, your rights under the U.S. Constitution apply to all cases. In every criminal case, the prosecutor has the burden of proving each element of each charge beyond a reasonable doubt. Defendants have the right to ask that a jury of their peers decide their case, and not a judge. Some of the other key issues in most criminal cases include the following:

Police need grounds to stop you before they arrest you. They do need reasonable grounds to search your possessions. To obtain a warrant, the police must convince a local judge that they have probable cause to believe a crime has been committed. Police can’t stop every driver they see to test for a DUI. They need to observe the driver do something, such as swerve or speed, that leads them to believe the driver might reasonably be intoxicated.

The exclusionary rule provides that when the police make improper stops or illegal searches, the evidence they obtain should be suppressed because your Fourth Amendment rights take priority over the concerns of the police. Police shouldn’t be rewarded for violating your rights.

The Fourth, Fifth, and Sixth Amendments provide numerous protections that apply in criminal cases. These include:

Your rights before trial

There should be a process for bail so that defendants can be free to work with their attorneys and with anyone knowledgeable about their case. It’s much easier to do this when you’re not locked behind bars.

You have the right to assert an alibi that confirms you couldn’t have committed the crime because you weren’t there when it was committed.

You have the right to ask that any evidence against you be suppressed if that evidence was illegally obtained.

Your rights at trial

You have the right to question and cross-examine the witnesses against you.

You have the right to present witnesses on your own behalf.

You have the right to a presumption of innocence. The prosecution must prove each part of the charges against you beyond a reasonable doubt

At the Law Office of Perry A. Craft PLLC, we fight to obtain acquittals, to have charges dismissed, to have evidence suppressed, and to negotiate fair plea deals. We fight hard for those charged with crimes. For help with any criminal charge, call us at 615-953-3808 or use our contact form to arrange a time to speak with us.