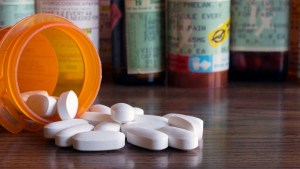 The lawsuit was filed by 14 prosecutors representing 47 Middle and East Tennessee counties, Knox News reported. Opioids have been the source of numerous deaths nationwide. Advocates of the law assert that the pharmaceutical companies made huge profits from the sale of the drugs.

The courts heard the claim of the prosecutors even though they did not suffer damages directly. The aim of the appellate court decision and the law is to hold Big Pharma financially accountable for the “deadly epidemic” its opioid drugs have caused. The appellate court decision means that the cases brought at the local level in Campbell, Knox, Anderson, Sevier, and other Tennessee counties can now proceed.

Judge D. Michael Swiney wrote in the court decision that “drug manufacturers cannot, as is alleged here, knowingly seek out suspect doctors and pharmacies, oversupply them with opioids for the purpose of diversion, benefit from the process, and then cynically invoke their status as otherwise lawful companies to avoid civil liability. His ruling emphasized that the opioid manufacturers “knowingly flooded affected areas with drugs they knew were to be diverted.” The appellate court found that the DDLA law applies “whether one’s headquarters is an office building or a back alley.”

Tennessee is second in the nation when it comes to the most opiate prescriptions. According to the Centers for Disease Control and Prevention, 1,837 people died in Tennessee due to opioid overdoses in 2018.

Purdue and the other opioid makers specifically aimed their sales of opioids to physicians in Tennessee who were known for overprescribing opiates. The pharmacy makers:

The district attorneys chose to file the legal claim after “accusing the Tennessee attorney general’s office of inaction.” The DAs complained that the state attorney general’s office didn’t force Big Pharma, as they were required to do as part of 2007 settlement with Purdue Pharma, to use their authority to “reveal when communities received shipments of more opiates than the population but did nothing.”

Opioids are devastating the Tennessee communities. While the government should be concerned about how drugs affect communities, that concern must be balanced with the Constitutional and legal rights of defendants to fair and just trials and hearings. For help with any drug-related offense, call the Law Office of Perry A. Craft, PLLC at 615-953-3808 or fill out our contact form to schedule an appointment.