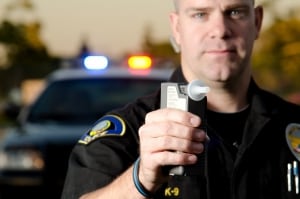 Before police officers give anyone they suspect of driving under the influence a breath test, most often they first give the suspect several field sobriety tests. The tests are not random. The tests must be done according to specific rules. If the police don’t give the tests in the correct way, that failure can be grounds for suppressing the tests in court, and for suppressing any follow-up tests such as the breathalyzer test.

The police officer cannot just randomly pull over drivers.  Law enforcement must normally show that they had a reason to stop a driver. Valid reasons include observing you speed, swerving in and out of lanes, running through stop signs, anything that might suggest you’re not in control of your car, or violating traffic laws. Or, you are involved in an accident and the officer smells alcohol on your breath or sees alcohol in your car, most likely he or she will issue a sobriety test.

The three standard field sobriety tests which have been approved by the National Highway Traffic Safety Administration (NHTSA) are:

There are other field sobriety tests as well. These include reciting the alphabet, placing your finger to your nose, and counting backwards from a given number.

If you fail the test, you will be asked to take a breathalyzer test to examine your blood alcohol content. If your BAC is .08 or more, then you will likely be arrested for DUI.

Drivers in Tennessee give their implied consent to submit to field sobriety tests. This means that if you refuse to take the tests to avoid DUI prosecution, you will likely lose your license because of the refusal. Additionally, the government will seek to use your refusal in the DUI case. However, you have the right to refuse the tests. But exercising the right may result in other negative consequences for you.

The police may explain why they are giving the field sobriety tests and the consequences for refusing to take the tests.

Some of the challenges experienced DUI lawyers assert on behalf of anyone charged with a DUI include:

Often, in DUI cases, a lawyer works to have the evidence against you suppressed so that it can’t be used against you. We also work to reduce the charges to a lesser offense. When the prosecution won’t negotiate, we’re ready to try your case before a jury of your peers. We assert any other legal and factual defenses that may apply. For help with any DUI charge in middle Tennessee and Nashville, call the Law Office of Perry A. Craft, PLLC at 615-953-3808 or fill out our contact form to schedule an appointment.