The Charges in the Celebrity College Admissions Cheating Scandal 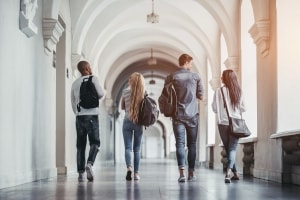 Many people believe that attending the right college is the most important decision for a child’s future. But parents can step over legal lines. The recent indictments of actresses Laurie Loughlin and Felicity Huffman prove this point. Huffman, who has starred in shows such as Desperate Housewives and Sports Night, has pled guilty to federal charges of conspiracy to commit mail fraud and honest services fraud. She is awaiting sentencing.

Ms. Loughlin, who starred in Full House, has been charged with federal crimes for her conduct in attempt to gain illegal advantages so her daughters could attend the University of Southern California (USC). She pled not guilty. The white-collar crime indictments against Ms. Loughlin and her husband claim that they paid $500,000, through the Key Worldwide Foundation, to persuade the USC admission’s office that their daughters would part of the university’s rowing team if admitted – even though the daughters weren’t experienced rowers.

According to news reports, about 50 people have been indicted so far for their roles in the admissions scandal. Some of the schools involved, in addition to USC, include Georgetown, Yale, Wake Forest, and the University of Texas. Coaches, test-prep executives and about 30 parents have been charged.

The indictments center around two claims of criminal conduct. They name or involve William Singer, who founded a for-profit company called The Key, a college counseling and preparation company and he also formed the nonprofit Key Worldwide Foundation. The parents are charged with paying Mr. Singer to bribe coaches at the schools involved to recruit the children of the parents into the school’s sports programs, despite any proof showing that the children had the necessary athletic skills. The second part of the scheme involved inducements/bribes to test-prep moderators to correct answers to the standard college admissions tests: the SAT and the ACT.

Mr. Singer pled guilty in federal court to racketeering conspiracy, money laundering, tax conspiracy, and obstruction of justice. Racketeering charges are brought pursuant to the Racketeer Influenced and Corrupt Organizations Act (RICO). The law was originally enacted to focus on organized crime, but the law reaches much other conduct.

After Ms. Loughlin turned down a plea agreement, she was subsequently charged with the crimes of money laundering and conspiracy to commit fraud. The laundering charges against Ms. Loughlin and other parents reportedly are based on funneling the alleged bribes through Mr. Singer’s nonprofit foundation. The government has claimed that Ms. Loughlin sent emails and made calls between a cooperating witness (possibly Singer) and Ms. Loughlin and her husband.

In addition to the criminal charges, students who were rejected from the schools may file civil lawsuits against Mr. Singer and the defendants. Students admitted to Stanford University have already filed a civil lawsuit claiming the value of their degree has been diminished.

The various conspiracy charges and money laundering charges are felonies under federal law. Conviction means the possibility of significant prison time and large fines. In all white-criminal cases, the burden is still on the prosecution to prove the charges beyond a reasonable doubt. Every criminal defendant, including those here, are presumed innocent and the government must prove its case against him, her or them. Every criminal defendant has rights guaranteed by the Constitution including the right to counsel, the right to a trial by jury, the right to cross-examine witnesses, the right to subpoena witnesses in defense, and the right not to testify or incriminate oneself. No doubt, the defendants will challenge the government’s evidence and try to exclude it from the jury’s consideration.

Perry Craft is an experienced Nashville criminal defense lawyer. We’ve been fighting for those accused of crimes for more decades. For help preparing a defense and contesting the government’s charges, call us at 615.239.1899 or complete our contact form to make an appointment.