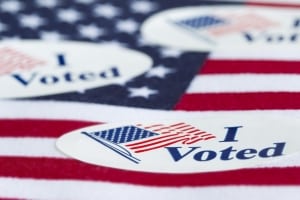 Tennessee lawmakers are exploring legislation that would change the state’s current child support felony rule. Currently, the state requires that felons must be current with their child support payments before their voting rights can be restored. Current law also requires that felons pay all court fines and court-ordered restitution before they can be given their voting rights.

The new legislation follows on the heels of federal legislation recently enacted that helped felons obtain their release. One of the supporters of the new Tennessee law, Matthew Charles, was released from recently released from prison after his 1996 sentence for selling crack cocaine was overturned.

“I feel that restoring a person’s voting rights is allowing them to see not only that they’ve received a second chance but society’s acceptance of that as well,” Charles said.

The new Tennessee legislation has the support of groups on the opposite ends of the political spectrum: the American Civil Liberties Union of Tennessee and Americans for Prosperity.

Supporters of the new law claim that many felons have low levels of income, which means they may never be able to catch up on their child support arrears and court fines. Many ex-felons find it hard to obtain good-paying jobs.

The AP News reports that more than 320,000 Tennessee residents, almost eight percent of the state’s voting age population, are unable to vote because they have felonies on their records. Between 1990 and 2015, only 11,600 Tennessee residents were able to restore their voting rights.

While the new bill restores voting rights, the bill does not end the felon’s duty to pay their child support debt and court fines.

State Representative Michael Curcio said, “we’re not creating a new eligibility class at all. These are folks that we’ve already said, with sort of one hand behind our back with our fingers crossed, ‘you’re eligible.’ We’ve just put a whole lot of paper and burdens between here and there so that most folks don’t ever actually get to achieve that point.”

The new legislation does not restore voting rights for all felons. Felons who were convicted of murder, treason, rape, voting fraud, sexual offenses with a minor, and some other criminal offenses will still not be eligible to have their voting rights restored. This prohibition against restoring voting by the type of conviction is a change from the current law. Currently, voting eligibility was tied to the date of the conviction.

Additional federal legislation is being proposed to expand voting rights in many ways including requiring that states such as Tennessee be required to “automatically register felons once they’ve completed their sentences.”

It can be hard enough for felons to start their lives over after being released from prison. Legislators and support groups recognize that having a say in their elected officials is part of a felon’s recovery process and his/her rights.

The Nashville criminal defense lawyers at the Law Office of Perry A. Craft, PLLC work aggressively for those charged with crimes. For help with all aspects of your criminal charges, phone us at 615.239.1899 or complete our contact form to schedule an appointment.