Are Prison Sentences Too Long and Too Harsh? 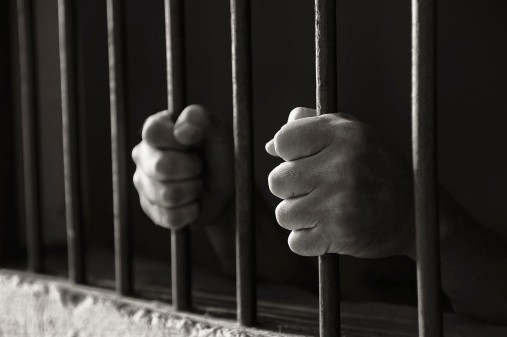 In America, individuals caught breaking the law are arrested, charged, and then prosecuted.  If they are convicted or if they plead guilty, lawbreakers are subject to fines and incarceration, or spending time in jail or prison.

The rationale for sending those convicted of crimes to jail or prison is to deter them and others from committing crimes, to keep other people safe, to protect property, to get retribution – an eye for an eye – and, in theory, to rehabilitate the offenders.  Here is a striking and perhaps baffling fact: The United States has more people incarcerated than any other country in the world.  This policy – lock them up in jail or prison for a long time – has supporters and detractors.  For nearly two generations, politicians won elections with slogans blaring “get tough on crime” or “lock them up.”

Supporters of the “lock them up” policy claim that keeping criminals off the street is the most effective method to reduce crime.  Victims understandably often support long sentences.  Even supporters, however, acknowledge the high costs, directly and indirectly, of this mass incarceration.  It costs tens of thousands of dollars to house, feed, and lock up each prisoner (billions every year), but the private prison business is profitable.

Opponents of the policy contend that most prisoners are minorities or poor, and in reality the policy is blatantly discriminatory.  They argue that the practice criminalizes poverty, is too expensive, and is not effective.   Moreover, when in jail or in prison, individuals usually cannot work and support their families or children.

A 2015 Economist (a conservative magazine) article suggested that prison sentences are too long and too harsh, or at least disproportionate to the offenses committed. “[K]eeping many criminals off the streets” is important; nevertheless, keeping criminals in prison is insufficient proof of deterrence. Generally speaking, the possibility of police catching them deters criminals. The article pointed out that lengthy prison sentences impacting criminal activity and deterrence generally occurs via the “incapacitation effect.”  The incapacitation effect means that individuals most likely to commit crimes often stay incarcerated, even in societies with gentler policies regarding crime punishment, and the incapacitation effect decreases significantly as the number of prisoners increases. Giving the huge number of less dangerous offenders lengthy prison sentences minimally affects public safety, and many prisoners with lengthy sentences generally soften once released or were never really public threats in the first place.

After their release, society tends to judge released prisoners more harshly than before they went to prison. As a result, former convicts often are denied the rights to vote, to jury duty, to professional licenses, to disability assistance, and the like. Thus, former convicts often lack the resources and perhaps the incentives to live a normal life.

Similarly, a 2014 Wall Street Journal article states that relatively peaceful criminals make up ninety percent of the federal prisoner population.  Federal prisons are severely overcrowded.  A 2011 Pew Center on the States report states that over forty percent of former state prisoners are sent back to prison roughly three years after their release, often for minor probation or parole violations.  In short, there is a revolving door, a very expensive revolving door.

The other often unspoken fact is that jails and prisons now house huge numbers of mentally ill inmates and/or drug addicts.  According to observers, the prison system, in effect, operates mental institutions behind prison walls or tries to keep a lid on drug addiction in prison.  But treating these individuals outside the jails and prisons would cost far less and save taxpayers money.

The issue is now being debated by the public, state legislatures, and Congress.  So, participate in the debate.  Let your views be known.  Regardless, for the time being, the policy of mass incarceration or “lock them up” is still in place.

If you are or have been arrested or charged with a crime, know this: You have rights, and there may be legal remedies available. If you have questions about state or federal criminal law and procedure, the criminal justice system, and/or sentencing, talk to a lawyer.  For more information, contact Nashville Criminal Defense Attorney Perry A. Craft.